What is it like to live in the City of light? How does one make friends in Paris? Give us your email address and we'll send you some tips!

Her journey as a hairstylist started as a 6-year-old tomboy growing up in a household of three brothers. Although she was against anything girly at this age, she would accompany her mother to the hair salon and sit in awe as she watched the stylist entwine hair between their fingers as they curled, cut, colored, and created styles that seemed to defy gravity. She would dash home and spend hours recreating looks on dolls while begging my mother to let her live out her inspirations on her long tresses, and as the years went by, her passion for hair only grew.

When she turned 14, she persuaded her mother’s hairstylist into hiring a new assistant…HER! This is the story of Ciara COSTENOBLE, the girl behind Ciara Coiffure, a Paris-based hairstyle company. 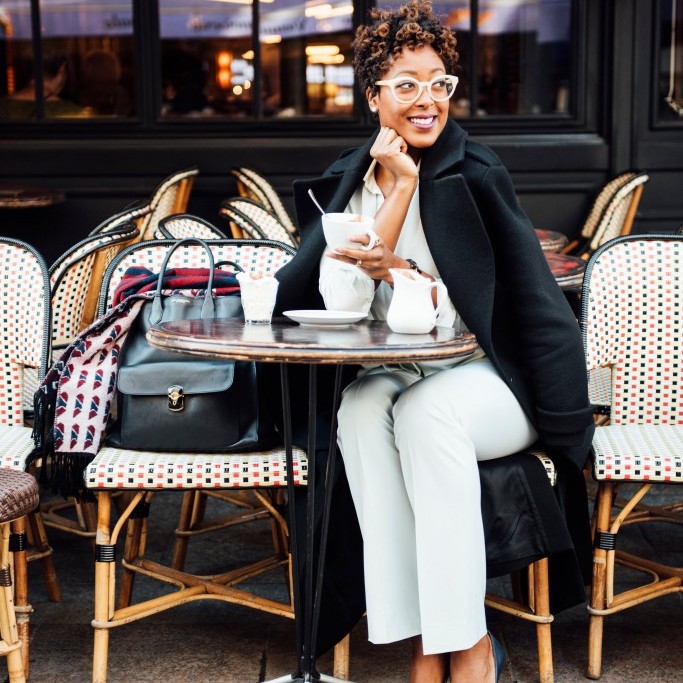 Working in the salon showed her that her passion could be turned into a career! She apprenticed with the salon and went to cosmetology school during high school where she worked every weekend, and even after school to master her skill. Ciara even participated in several styling competitions as she was drawn to the artistic freedom and challenge! Finally at the age of 17, after completing two years of apprenticeship, she received her cosmetology license.

During College, she continued working at salons but decided to try something different by joining a renowned spa in the Washington, DC area. She enjoyed pampering the hard-working women who considered the hair salon their safe haven where they could let their hair down literally! It is there that she honed her skills and became known for her creative chignons, which led to her specializing in bridal work. 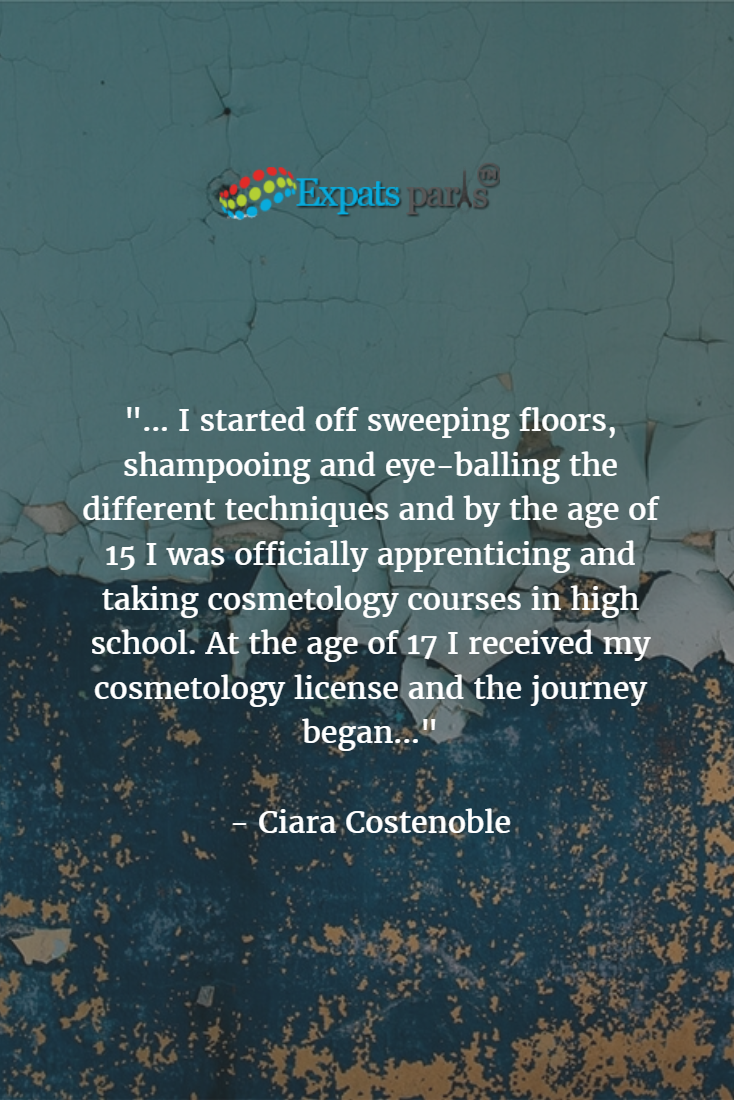 A yearning for adventure started her Parisian journey in January 2011. After a year of struggling with Paris; the French language, the constant humid rain, moving six times in a year and a list of other ups and downs, her best friend and now husband proposed on the top of the Arc de Triomphe and literally changed her life. After marrying the love of her life in the 13th district and settling down, the creative hair bug returned to the tips of her fingers and she willingly accepted. Thus, in 2013 Ciara Coiffure was born! An artistic and unique hair experience specializing in special events styling, such as bridal hair, photo shoots, and editorial work.

Ciara married her husband in the city of love and now shares her passion for all things romantic as she specializes in special event styling such as bridal hair, photo shoots, and editorial work. Ciara is known for her attentiveness as she not only styles but nurtures her clients' manes transforming all hair textures to look their finest. Her Passion for making each client feel and look their very best is what makes her one of the premiere stylists in Paris. 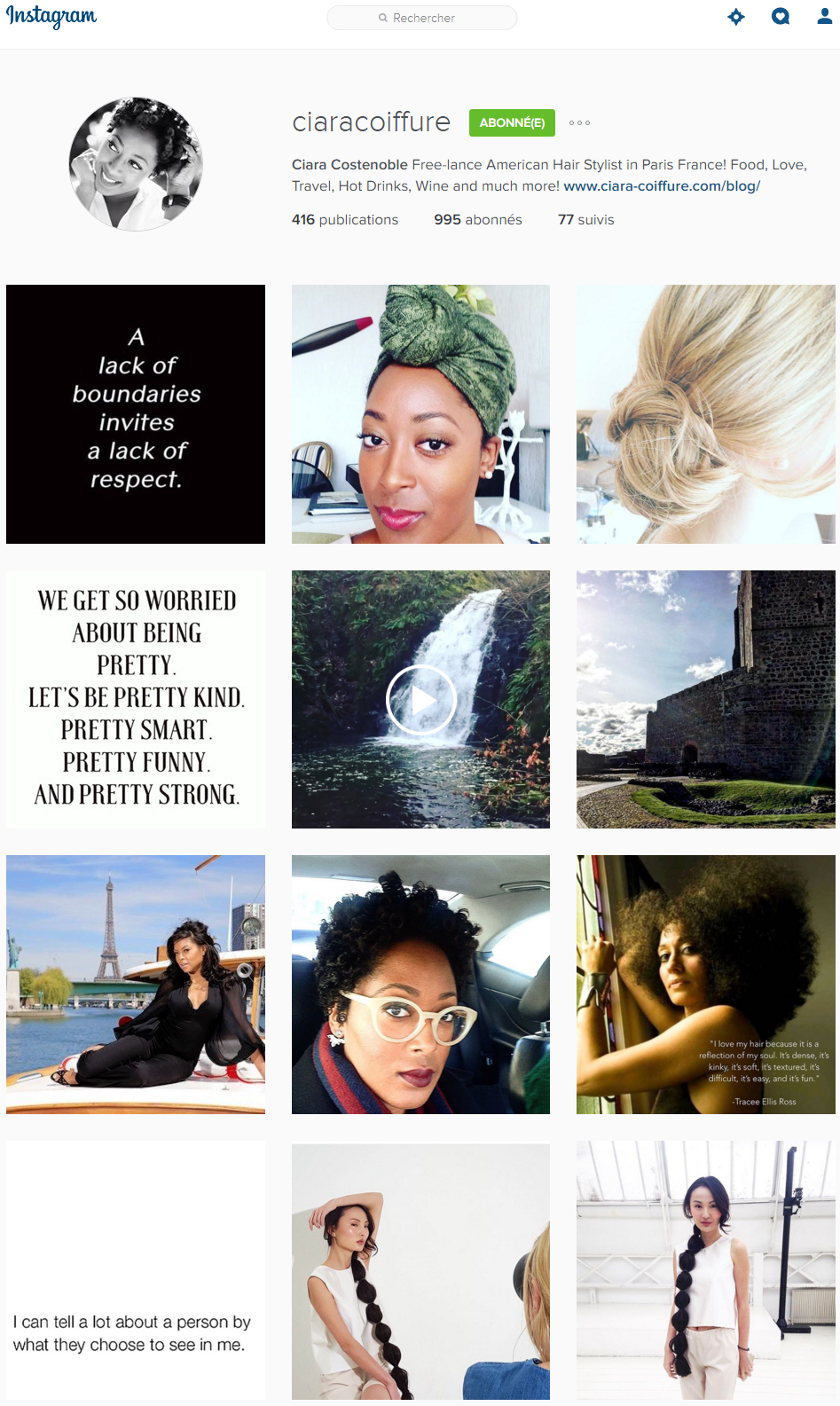 Thanks for reading. If you enjoyed this article and have (or know someone with) an interesting and moving story about living in Paris as an expatriate, please do reach out. We'll be more than happy to talk to them. Drop us an email.

More in this category: « #ExpatsParisChat: Introducing the Expats Paris Weekly Twitter Chats. Top 10 reasons we think you should attend this TEDx TALK in Paris. »
back to top

Sign-up for our newsletter today and get updated on every Parisian-Expats-related social and economical weekly news, trends and tips.