What is it like to live in the City of light? How does one make friends in Paris? Give us your email address and we'll send you some tips!

Alright, let's take a moment to honor some women who are inspiring, paving the way and giving hope to many of Paris-based expatriates. We rounded up powerful profiles of the female community influencers and heroines who are helping women and men persevere and prosper in Paris. Whether their words and daily occupations inspire us or make us laugh, these women have got a profound impact, not only on expat lives, but also on the French people’s lives. Who are they?

Update: This piece was published back in January 2016. There have been a lot of changes in the women influence and leadership sphere since then. A part from Anne Hidalgo and Cristina Cordula, many women listed in our 2016 edition of this article have either left the country or are just out of the public influence sphere. So this updated piece now includes a few more women like Audrey Azoulay, Jamie McCourt and Isabelle Hudon. 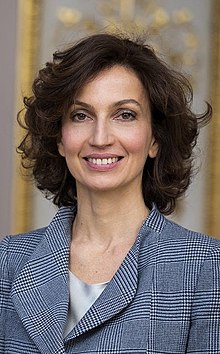 As a former advisor on culture to the President of the French Republic and later on the minister of culture and communication, Audrey Azoulay, a graduate of France's elite Ecole Nationale d'Administration, succeeded Irina Bokova (listed below) as the Director general of UNESCO. This position has brought her all the influence you can imagine not only on the Parisian sphere but globally too on everything policy-related to science, education and culture. Beyond the diplomacy, competence and skills she's acquired over the years, her position at the top of a major UN agency brings her power and influence. Check her profile of the UNESCO page

Jamie McCourt
US ambassador to the France & Monaco 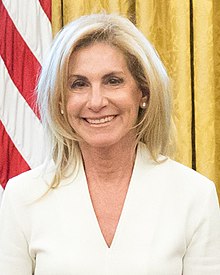 Anne Hidalgo
The mayor of Paris

On her personal website, Anne Hidalgo, the powerful, friendly and fun mayor of Paris, says that she came into politics via common ways, as a simple and normal citizen passionate about humanist convictions. Born in Andalucía in 1959, Anne Hidalgo became French in 1974 after her parents were granted the French citizenship. Her political and citizen engagements are an inspiration to a lot of Paris-based Expatriates. More on Anne can be found here.

Crystal Nix-Hines
Former US Permanent Representative to the UNESCO

Image courtesy of US mission to the Unesco.

Nominated by President Obama to the position of US Permanent Representative to the UNESCO with the rank of Ambassador on July 9, 2013, Crystal Nix-Hines was later confirmed by the Senate on June 12, 2014. She is exceptionally talented, energetic, and innovative and has been inspiring a lot of women in the US, here in France and most especially among the Expatriate communities in Paris. More on Crystal Nix-Hines can be found here. She stepped down from this position right at the end of the Obama administration. 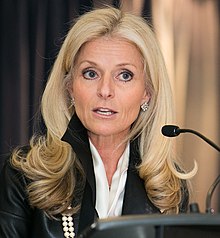 Isabelle is a very successful business woman and the very first woman ever to be nominated as the Canadian Ambassador to France and Monaco. She has this very strong engagement for issues of gender, equality and women empowerment that many people who identify with her passion for business and these social issues can't help but seek her wisdom on how to make things better and build an inclusive society. Oh, and on top of that, she's so active on Social Media...especially Twitter.

Born on July 12th, 1952 in Sofia, Bulgaria, Irina BOKOVA has been the Director-General of the UNESCO since November, 15, 2009 and got reelected for another term in 2013. Irina Bokova is the very first woman to lead this Organization. How did she get there? Hard work and motivation. She graduated from Moscow State Institute of International Relations, went to the University of Maryland in Washington and the JFK School of Government (Harvard University). She has been a diplomat for so many years. She joined the United Nations Department at the Ministry of Foreign Affairs of Bulgaria in 1977. She has helped a lot in making things happen at the UNESCO, but also at making it possible for her country to join the European Union. Check out her full profile here and get inspired.

Active supporter of the Democratic Party, Jane Hartley, who is also a high ranking American diplomat, was nominated last year to become the next ambassador of the US to France. She’s a busy and powerful woman that inspires a lot Paris-based expatriates. More about Jane Hartley can be found here.

Not as popular as the US ambassador, or the Christina Cordula (to follow), Veronika Wand-Danielsson is a very bright diplomat with a unique parcours. If you follow her Twitter you’d be amazed by her engagement and friendly attitude towards everything Swedish in France. She’s the Sweden Ambassador to France.

Who knows how to get into the Parisian Showbiz industry? Well, we’ve never known how it works, but there’s someone form far who figured it out many years ago, mastered it and became a real influencer. If you’ve watched French TV Channels like M6 or TEVA, you’d know who Christina is. She’s a former super-model born in 1964 in Rio de Janeiro, Brasil. She’s a TV and radio personality in France, but also a powerful business woman and a writer. Her impact on the Parisian fashion scene is so high that she’s considered by many as the most influential Paris-based Brazilian born woman in the French Showbiz industry.

Message Paris is a parenting resource for English speaking moms and parents-to-be living in Paris. This community organization includes people that speak English from every all over the world and all walks of life. They provide a social and support network for expectant women, new mothers, fathers, and families with children via a variety of parenting tools that include monthly activities, events, practical advice and more. Grosso modo, Message Paris is an organization that helps women to integrate in Paris.

These are just a few of those women and organizations that inspire us every day in Paris.

Don’t hesitate to name others that we couldn’t mention down in the comments.

More in this category: #ExpatsParisChat: Introducing the Expats Paris Weekly Twitter Chats. »
back to top

Sign-up for our newsletter today and get updated on every Parisian-Expats-related social and economical weekly news, trends and tips.